Here is what we know about the message that Selena Gomez has sent to Mark Zuckerberg!

Well, well, well, as all the people who are in love with everyone’s favorite pop star Selena Gomez might be well aware of the fact that she is utilizing this extra time during the quarantine months to lay all her energy to make a difference in the wider world and how it can be done even from the comfort of her own home.

An interview with Variety was arranged for Selena Gomez along with iHeart’s Podcast called The Big Ticket where the singer shared that this time being alone has allowed her to have an opportunity to learn about the country she lives in, in various ways that she never did before.

Here is what Selena said the message was all about!

As a display of sheer activism, we had Selena Gomez sharing a message that she sent to Mark Zuckerberg who created Facebook as well as Sheryl Sandberg. 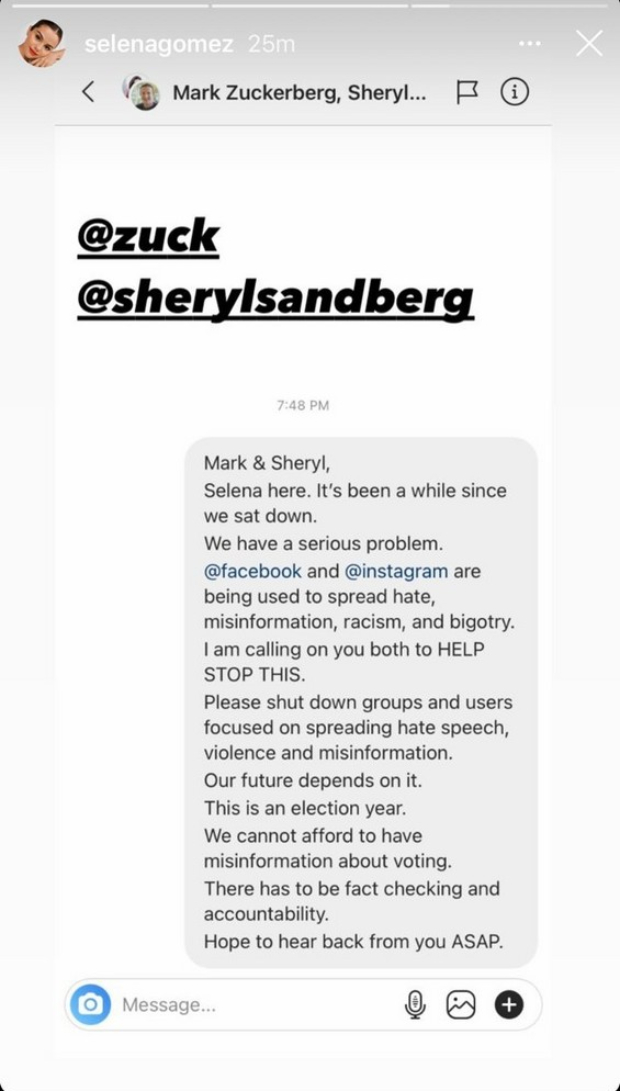 She began writing with her name saying this as Selena and it has been a while since they all sat down. She continued by saying that everyone has a serious problem that social media platforms such as Facebook as well as Instagram are now mishandled are being used to spread hate along with false information and racism and bigotry.

She says confidently that she is calling on them both to help her stop this and they can do it by shutting down the wide variety of groups as well as users who are focused on spreading hate speech as well as wrong ideas.

Selena lays focus on how everyone’s future depends upon this and they really can not afford to have wrong information during the time of voting. She says the better elite people should work upon checking facts as well as the accountability.