Netflix One Piece: What’s The Confirmed Release Date And Other Updates On This Anime

A piece of good news for all the Anime fans out, a while ago Netflix announced that they are planning to incorporate a ten-episode One Piece live-action series.

This live-action series is an adaptation of the famous manga series, Netflix has been associated with them for a long time, but it is the first time that they have officially announced the news.

According to the press release done by Netflix they ‘have partnered with Tomorrow Studios and Shueisha to bring this pirate adventure story from Japan to audiences around the world. The original manga, written by Eiichiro Oda, has captivated fans for many years and sold over 460 million copies.’

This is the note release by Netflix which was given by Eiichiro Oda, the author of the manga series. 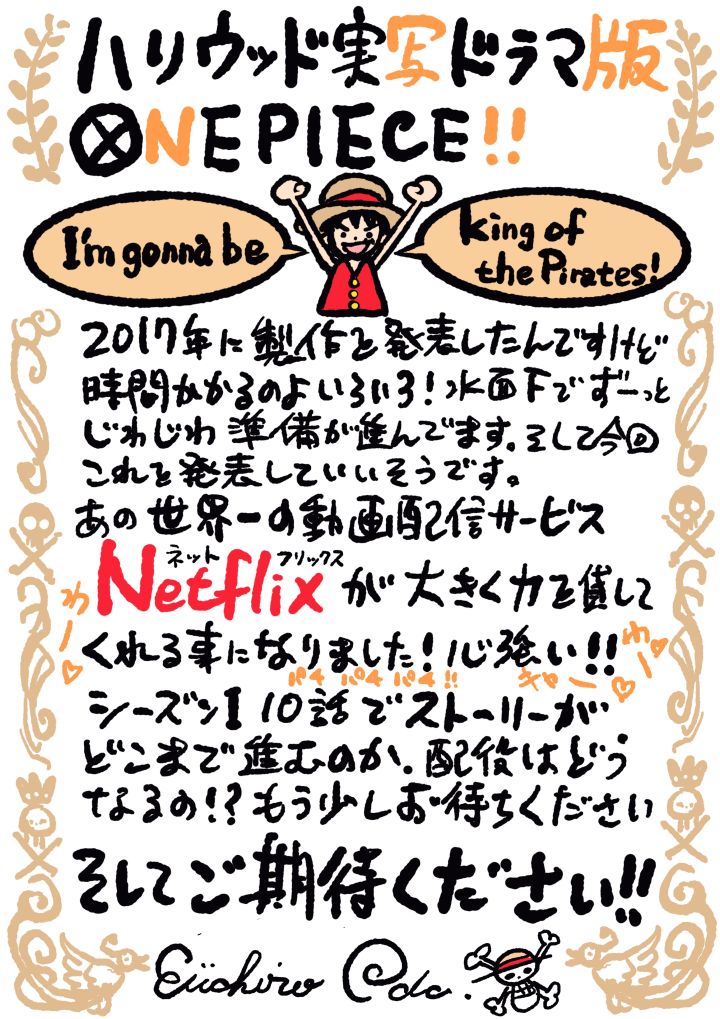 Netflix has released an official release date for the show which June 12, 2020, in the United States, Canada, Australia and New Zealand.

Other countries will have to wait longer for the series to come out.

We have Steven Maeda as the showrunner, with Eiichiro Oda as the executive producer alongside Marty Adelstein and Becky Clements of Tomorrow Studios.

We do not have an official trailer release; however, we have a small clip from Twitter that was posted a few days ago.

Luffy and crew set sail June 12th in the US, Canada, Australia, and New Zealand

PLOT FOR ONE PIECE

The plot of One Life revolves around Straw Hat Pirates and their captain, named Monkey D. Luffy, and their life is suddenly changed when they eat the cursed Gum-Gum Devil Fruit.

The crew’s primary goal is to find the legendary treasure of One Piece, as the legends say that the person who does will become the King of the Pirates.

No cats list has been released as of yet, but we will try to keep you updated on any latest news.

SEJAL
Hi, I'm a person who can finish a season in one day, binge-watching shows by day and writing about them at night will pretty much describe me, currently working with The Buzz Paper and helping you select your next series to binge!